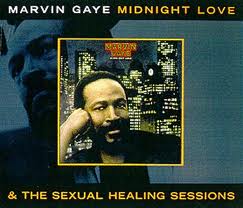 It all started with that Rihanna song, the one about sadomasochism.

I might not be able to understand all the words, but I know what that song’s about because it’s right there in the title – S&M. Not much gets past this chick.

So the kids and I were driving from one practice to the next when the song came on. I had heard bits and pieces but never the whole song. Hmmm. Maybe that’s because the kids never let me. Because, hoo boy, that is one nasty song.

Once I figured out what Rihanna was saying, I switched over to Oldies 95 real fast.

“Oh.My.God,” I said. “That is terrible. Don’t ever listen to that crap again.”

Maggie rolled her eyes as only a 13-year-old girl can. “Mom, come on,” she said. “It’s just a song. It’s not like I pay attention to the words. I just like the music.”

“Sorry,” I said, shaking my head. “I cannot, in good conscience, allow you to listen to a song about…that…you know…subject. Anyway. So, no.”

Yay me! Mom of the Year.  A regular Tipper Gore!

Except yeah, I’m not, which my kids were so happy to point out a few days later.

Once again, we were driving to some practice or lesson or what have you. And a song came on the radio.

Only this time, it was Aerosmith. Rock on! And it was Walk this Way. And I was totally jamming, trying to play air guitar and drive at the same time, cranking the volume.

Maggie joined in. “Mom, listen to the words,” she said. “Seriously.”

“You ain’t seen nothin’ till you’re down on a muffin, then you’re sure to be a-changin’ your ways.”

So I guess when I was younger I didn’t know the context behind that use of muffin.

And now I’m listening to all my old faves with the ear of a mom. Snake in the Grass? Terrible. Fat Bottom Girls? Suggestive, especially the part about the naughty nanny. Don’t even get me started on any Beastie Boys or Violent Femmes songs.

The whole incident reminded me of my seventh-grade year, when my favorite song was Sexual Healing by Marvin Gaye. My younger sister and I recorded the song off an MTV video onto a cassette tape, and we played it day and night. My mom thought it was cool because she loved Marvin Gaye and was happy the guy had a new song – until one night when she actually listened to the words.

She was horrified. After that, we only listened to the song when she wasn’t around.